Speaking of toilet paper…(I know we weren’t, but I wanted to use a segue today, and that was the chosen one. Just go along with my little delusion, okay? I promise it won’t hurt. No pebbles in your shoes here.)

Lately in my physical recovery, I’ve been using less t.p.

My favorite brand of t.p. in the world!!

This is a big deal to me.  All my life I’ve had IBS symptoms, even tho I was never diagnosed.  I remember as early as 8 years old, running to the bathroom immediately after every  meal. Mama thought I was just trying to get out of doing the dishes!  She really didn’t realize there was a real physical issue.  As I grew older, I began to realize that wasn’t how others reacted to eating. Why was I different?  What was wrong with me??

Learned about IBS, recognized symptoms, but just thought that’s how it was.

8 years ago, approximately, I found out I was allergic to wheat. Still, I made no change.

Then, in about March, my Counselor took me to see another counselor, Kelly.  She told me about GAPS, Guts and Pyschology Syndrome. 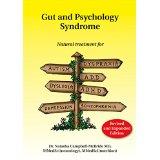 She followed the diet, and her son also, who was having terrible times.  She lost lots of weight, and his symptoms cleared up entirely.  I was glad for her, but very skeptical for myself.  I know me, I DO NOT DO diets well, AT ALL.  (Kinda spoiled brattish, there.)

Now, mind you, I was already on a walker, from falling so much, last year.  And so weak, I was evaluated for a powerchair.  AND, I already KNEW I was allergic to wheat, which was one of the big things talked about in the book.

So, why didn’t I do something about all the information??

Because I’m a pig-headed, stubborn, mulish….. (You get the idea.)

Then, when I went to the Dr. on April 9th, and she told me my blood test results, I felt like I had been punched in the stomach.

My health recovery has been going well lately.  Since I have changed my way of eating, I’ve lost 1 pant size, and 20 lbs.  (Major cause of celebration!!) Way more than that now, I wrote this June 18.

I’m able to walk around my apartment without my walker now.

Need a pic of me on walker, but I couldn’t find one.  (You already know my bad habit of forgetting to take before pics.)

But I still take it outside, just to be on the safe side!  I have tripped over my own feet, and lint on the floor, even when I was young and healthy!  So much better safe than sorry!

My physical recovery seems to be coinciding with recovering my home from slobbery.  That is very interesting to me.  People have told me before that messes make you crazy, but I pooh-poohed them.  Since I was already crazy, what did it matter?  But I’m finding out, it does.

Also. my spiritual health is improving.  I have been more faithful about reading my Bible,

My latest, and newest favorite

and I have more peace now.  That is something I never would have believed, if I hadn’t experienced it for myself.

I’m shooting for the goal of becoming a minimalist, I guess.  That is something I never would have imagined coming outta my mouth, or fingers rather.

But I am finding that the more stuff I let go, the lighter I feel.  And feeling lighter is translating to my actual body…  I’m becoming physically lighter.  And my home is so much more “homier”  when I can actually use all of it, without a major excavation everytime!

We are made up of 3 parts, body, soul, and spirit.  It’s amazing how working on one part, has me working on the other parts.

God is so good to me.  Don’t wait till your life is half over, to begin recovery.  It’s real work, but it’s really worth the effort.

My total weight loss to date is 41 pounds!!  I’m so over the moon thrilled!!  And all because I quit eating doughnuts!  lol ( and all other gluten products, and most sugar, and corn, and ……)

I’ve been reading Nony, from A Slob Comes Clean, for about a month now. She has motivated me to get my butt in gear. Sunday night, Monday morning!, I bought her 2 e-book set. Drowning in Clutter, Drain the Ocean, and 28 Days to Hope in Your Home. Of course, being me, I read them immediately.  Then, I got up and emptied the dw.  DH was so excited when he opened it Mon. morning and saw it empty.  Then I got really CRAY-CRAY, and while he took the grand baby, Pudding Pop, for her morning walk, I swept and mopped the living room. My back hurt, and I was huffing, and puffing. Yes, and sweating too.

This is from Juming museum.

But, it only took me approximately 10 minutes, start to finish, including moving the toys. Then I sat down, and basked in the glow of a job well down. And basked all day! And posted about it copiously on FB. and private messaged everyone who didn’t comment on my post. I’m so needy for approval. Then I decided to start this blog, to look back on my accomplishments, and brag on myself!

Actually, I’ve been working on cleaning up for longer than just 1 day.  After I got out of Physical Therapy Rehab, June 5, I started getting the itch to have a house that was nice. Not pristine, magazine level, no one can touch anything, just nice.  So, I began going thru boxes, and getting rid of stuff. It felt good to see those 3 boxes of donations, 1 box for consignment, and 13 gallons of trash leave out the door!  We straightened up the living room, and began having people over, well, family.  Then I even had the nerve to have Pudding Pop’s first birthday party here! Everything looked really good.

I have sewn 1 curtain for the living room, now I need to do 1 more. And wait for DH to put up the rods.

If I continue to help with the dishes, and sweep and mop every day, he’ll soon be putty in my hands!