I don’t know quite how to break this to you, Gary….  but Vanronica might have to be put down.

She broke another leg.

The 4th one this year!!      Well, technically, she broke the same one twice, front left, and then a right front, and now the rear right. 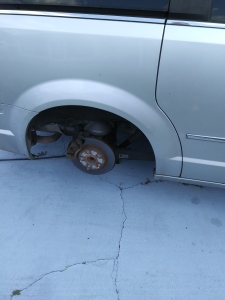 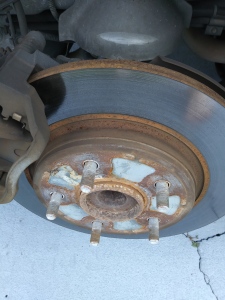 Eeww! She needs her hooves filed, or something!!

(Maybe we need to repave her track???)

Thank you, XH, for rescuing me again!!

Another Irma post, brought to you by the letter  “V”, and spaghetti.

I already posted pix of XH cleaning the ceiling fan.

This is the full story, in living color. 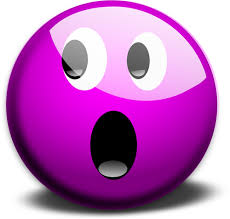 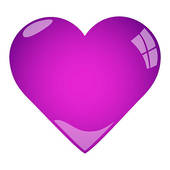 I forgot to tell the story of what happened in between Tasty Tuna Two, and Quilting Quagmire,

Okay, so there I was, with no foot on my machine!!

A very important part is missing!

Ya can’t feed the fabric with no foot!

I looked in my sewing box.

But, then it hit me, I had another Brother! 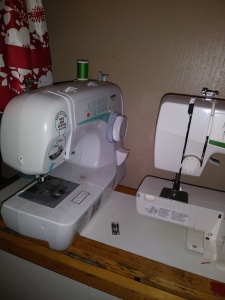 Another Brother, from another mother!!

So, I cannibalized the new one, for the old one!       Because the new one was from next door, when my neighbor died (at the MHP), and her daughters didn’t know where the cord was.        So, hopefully when I have time to learn the new one, the cord from the old one will fit!!

Pre preps for imminent, irritation Irma are on going this weekend.  I’m writing this on my phone Sunday night, as my desktop apparently decided it was time to desert this earthly travail.    Argh!!          (update:   Monday it came back to life, after I gave it mouth to USB port resuscitation!)

Talk about frustration!   How am I supposed to blog about hurricane preps on my tiny little phone keyboard??   Vewwy vewwy cawefully!!

Anyway, I took pix, and since I’m on my phone, they should be easier to insert.    Let’s hope!!

Water is always a first essential.    Got it covered.

Second essential is potty. Got that covered:

(I was gonna take a pic of all the tp, but you know what it looks like!) 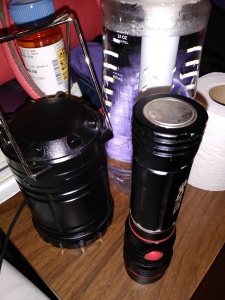 DD1 took babies out of state.  So I know they’re safe.   DD2 was already out of state, so all’s good there.

XH had to evac his mobile, so I asked him over here.   After all, somebody’s got to piggyback my fat butt outta here if the flooding is too bad!   Plus he has a 4×4 truck!

(He certainly seems to be happy to be here, doing all the prep work, doesn’t he???)

PopPop is safe at his work.

Grandmama’s building IS a shelter.  So she’s all good.   She’s having a sleepover with friends, in the laundry room!

Sister’s house is Cat 4 rated, so her and kids are safe.   Bubba and Shirley have a sturdy block house, so they’re good.

Let’s see who did I forget??   Oh yeah, Rose was already overseas, so she’s good.   And neighbor Jeannette went to a safe place as well.

Praying for the millions still without power, and that lost their homes.

And still praying for Texas, and Louisiana.

Thanks everybody for all the prayers for us!!

Here’s a sampling of the dust. You’re welcome.

DD1 had previously used a dust mitt, (not even standing on a ladder.)

And the Enviro does pick up the dust, but it pushed some off the end of the blade too.     The dust mitt didn’t!

Well, I might as well make this an official “thing.”

The 3rd day of my blogging adventure:

With bonus features!!        The alliterative titles, I mean!

The photos were added later. 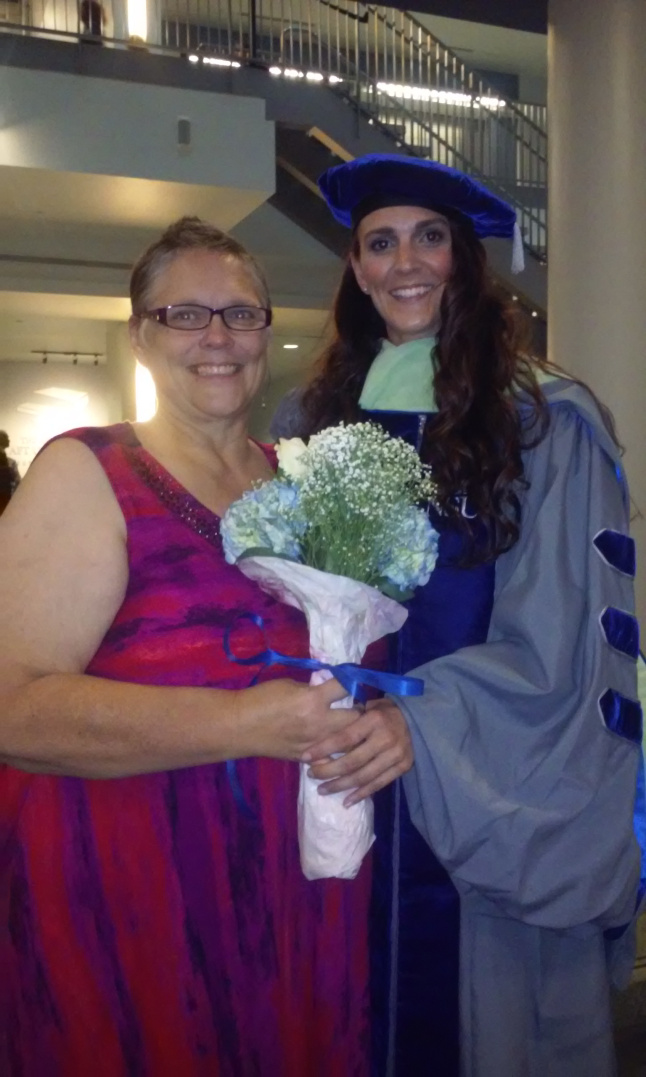 The photo of me and DD2, was from her graduation as a Dr!!

And the reason there are no photos of my babies: DD1 has a strict no online presence policy.     Which I used to fight her about, until I learned about all the dangers.

I sat in the recliner, and gave a little, sideways, jerking twitch, to move it over away from the wall.      Which I have done many, many times before.     And to my surprise, the back came half way off!!

Thankfully, XH was here, and put it back on, but warned me to be careful.       Of course, I promised I would.

Friday, I was holding PPJr, and rocking her to sleep.     When her lights went out, I leaned to the side, and pulled up the lever, to recline.

To my horror, and her terror, we both fell backwards, almost to the floor!

(I was too traumatized to take a pic, even later.      I just averted my eyes, from that whole corner, outta respect for the chair’s pain, and pride.)

I jumped up, as fast as I can, holding a 28 lb screaming baby, and came into my room.   I’m so grateful someone gave me this rocker, as a housewarming gift!!

Finally soothed the baby back to sleep, and put her down in bed.       I climbed in beside her, and nodded off to sleep myself.       We both slept for 2 hours.     I guess it took that long to recover from the trauma!!

And the recliner stayed there, backless.      Gaping wide open, in pain, and humiliated.

Till Sunday night, when PopPop, (SF) came over.      I begged him to see if he could help it in any way.

Happily, he was able to put the back on again.

So, anyways, today we’ve got it made it in the shade, porch shade, that is.

My porch hasn’t been touched in, oh a year or so??     For PP’s last birthday, July!!  PopPop cleaned it up, to put up her castle.

Just in case I forget to take a pic of her own castle, here’s one very nearly like it.

BUT!!    He didn’t get rid of anything!    He just rearranged it.       (I don’t want to call him a hoarder, or anything……   but he still has every piece of Tupperware his mother ever touched.     And  lots more stuff, that we will just pretend doesn’t exist.      This is my tell-all blog, not his spill-my-guts-involuntarily-for-me-why-don’t-you-Melinda expose!!    So, nuff said.)

SO, here’s the hideous situation to begin:

Short station break while I huff and puff my way outside, and back.         Talk amongst yourselves.       Or have an ice cream bar! 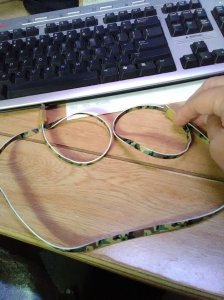 As I was saying…. SO, here’s the hideous situation to begin: 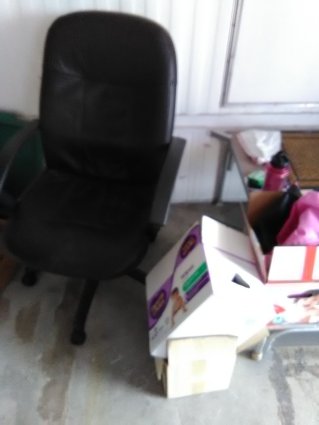 Ok, I think you’ve got a good idea now, of the titanic job we were facing.     Didja notice the sand on the floor?      PP is a true Floridian, and wants her toes in be in the sand, at ALL times!       This was AFTER I’d already given away the white stand, and sewing machine in it!

A mountain of pillow stuffing/fake snow for Christmas villages rained down into trash bags.       The baby walker went rolling right into Vanronica, followed by so much stuff, I can’t even name it all!!

Here’s the Salvation Army haul for this time:

We all stood there dumbstruck that the porch was this big!   We were so used to seeing it piled high with junk, we forgot how nice it really is! 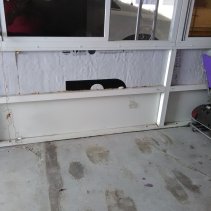 And still more bathroom, 1 bedroom, and the workshop to go!!

(Are you so tired of looking at this pic, you could gag?     Me either, just asking for a friend.)

Here’s how the shed looked, after the first go round. 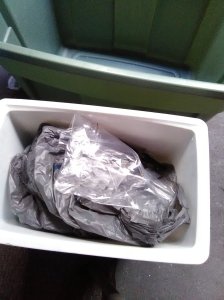 The whole bin that wasn’t mine. So,easy decision, all donate, yess!

All the Christmas overload, that I had not used this past Christmas, took a hike.

I had so many lights, and garland strands, I could have decorated my whole street!!      That’s if you would have had the get up and go, to actually do it!!      You didn’t even decorate the outside of your own house, beyond a wreath on the door.        True, sad, but true. 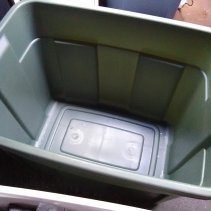 The 2 empties- whatever shall I do with them?? 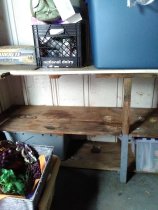 Sadly, the concrete is still there… 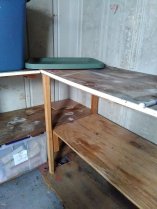 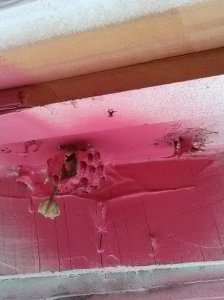 The pink and the dead. 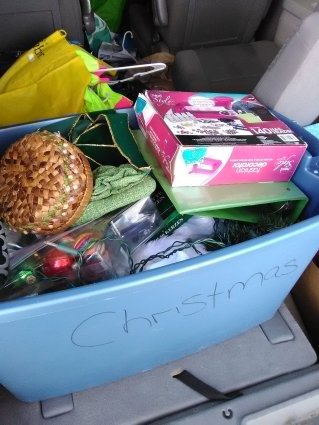 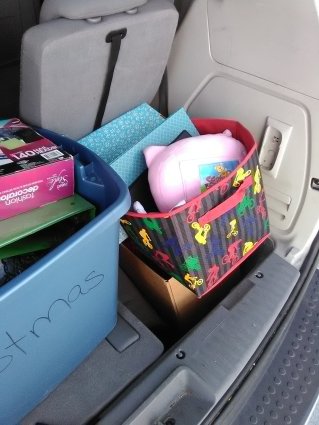 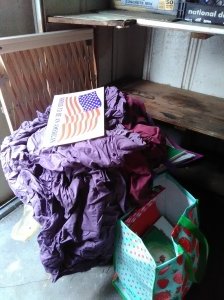 All that will go  back into the house.

Still have 1 bathroom, 1 bedroom, the porch, and the workshop to go!     I’m exhausted again, already!      Oh, yeah, and I haven’t even finished the Scullery yet!