In the backyard, I asked her to pick up a stack of old broken, plastic pots, so we could throw them away.

The pots, scary situation in the making.

Helpful lil darling that she is, she didn’t mind at all. 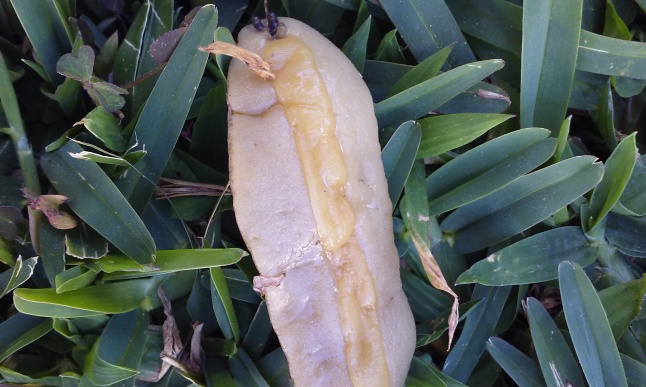 Actually, it was still in the pot when she saw it.   But she threw down the pot so fast, the slug fell out on the grass! 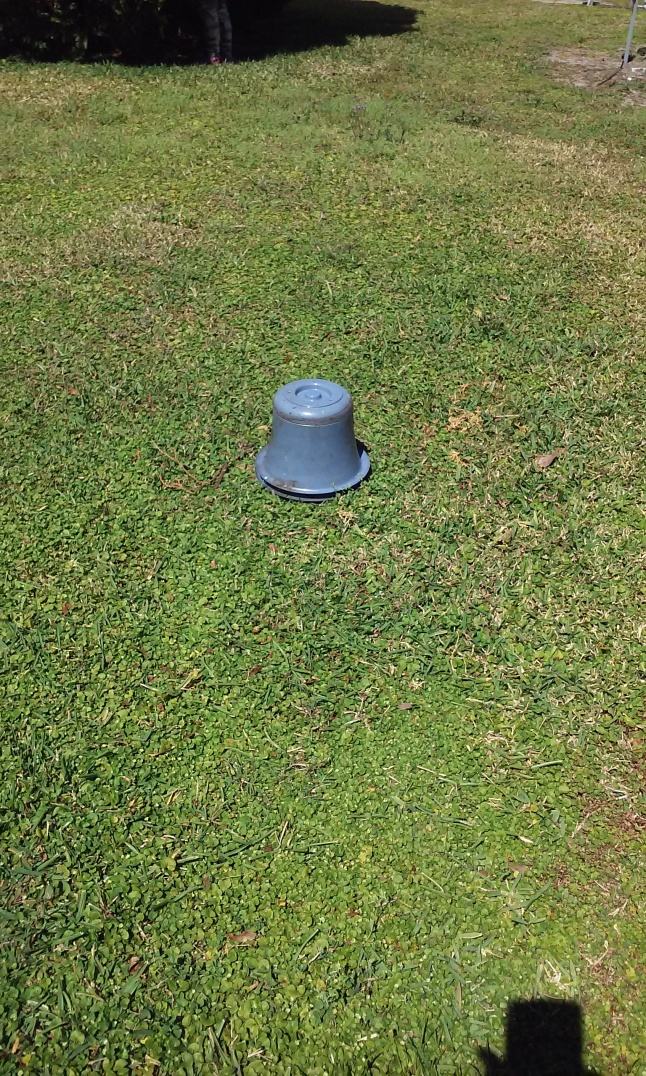 Ever the teacher, I decided on an impromptu science lesson.    So, I touched it, to show her it wasn’t gonna hurt her.

No sir!   She wasn’t gonna touch it with a ten-foot pole!

But, she didn’t mind looking at it.   She is a curious little girl, after all! 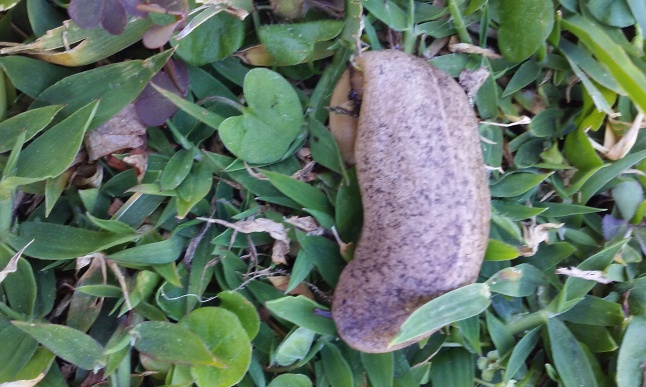 When it curled up, that piqued her interest!

At first, she kept insisting that it was a bug.    But, eventually we came to a meeting of the minds, that it was indeed a slug.   A slimy, nasty slug!

Speaking of slimy, she was not at all thrilled with the slime trail. 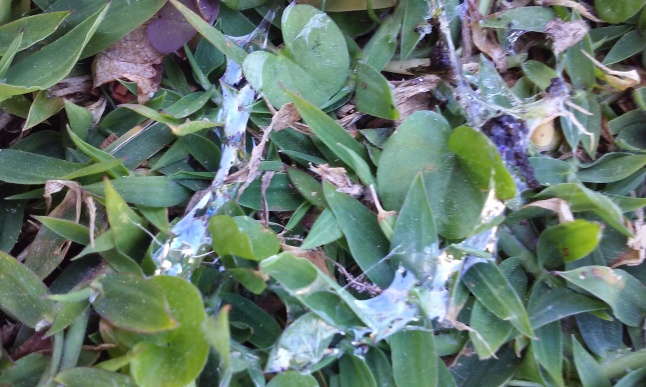