We ALL know how much I hate my blue shower curtain, right??

(And those nasty, green/blue shower hooks!      They made me shudder!!)

Here’s the selection I found. 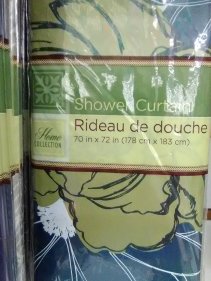 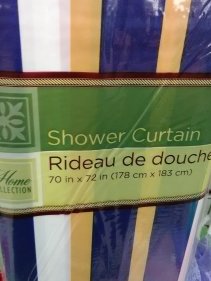 I was impressed however, with the variety!       Considering that they were only a dollar each!

Months went by.          One day, when Sis came over to take me penny shopping at Dollar General, I went by the shower curtain aisle, and found these.

I just had no energy to put up the clear curtain, even tho I had these pretty rings to dress it up.        sigh 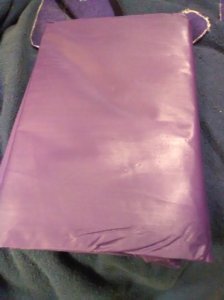 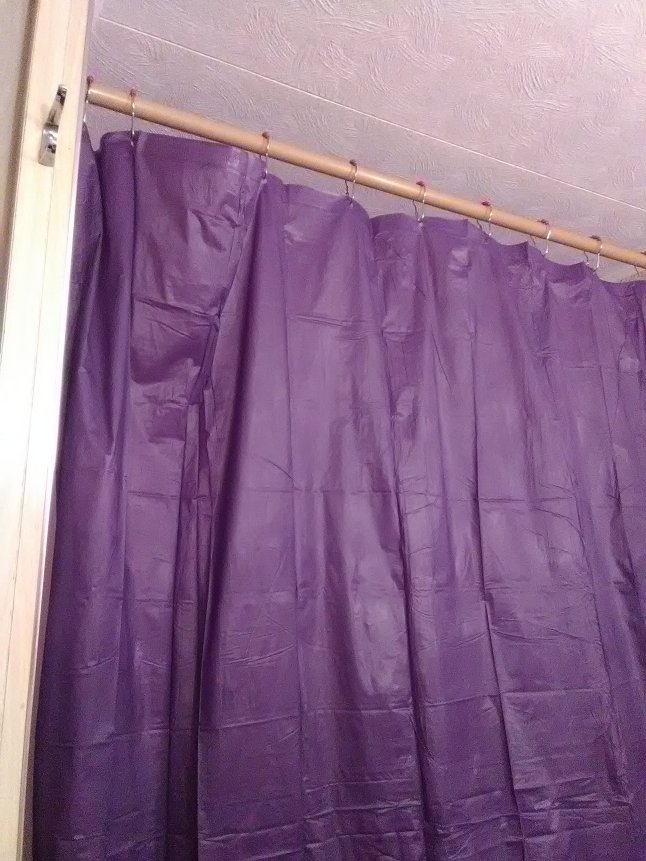 Good eye!    Yup, I’m missing one ring.     I didn’t even notice, (even tho the bottom of the package was slit open, I thought maybe XH had opened it for me) until I hung them all up, and 1 was missing.

(IF you’re wondering about the circles over the eyes, they are see thru holes. This was a mask.)

I will just focus on all the pretty purple, and fabulous fuschia, and ignore the 1 teeny, tiny flaw.

Now, I’ll probably start living in the shower, instead of on my computer!