This is in memorium of my brother-in-law, Jeffery Watson.

I don’t like writing in all red, but that’s his favorite color.

He went to heaven on Oct. 3, 2015.  My sister, Michelle, and my nephew, Nick, my 2 nieces, Kristen, and Jaime are all devastated.  They know they will never see him again.  On this EARTH.  However, they will see him again, in heaven, as long as they live a righteous life in Christ Jesus. 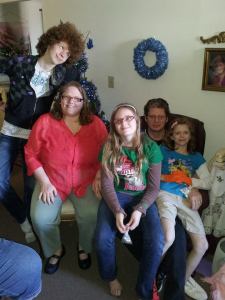 My sister wrote this, after he’d been gone 9 days.   She wants to share it with the world, in hopes that someone else will come to faith in Christ Jesus, by the witness of Jeffery’s life.

God is Good all the time. Jeffery was healed and rescued many times. Here are the times I know.
1. The first few years of his life, Jeffery was hospitalized with double pneumonia during the Christmas season.
2. At age 2, one time after church, in a park with a lake, he disappeared in the Lake. Dad dove in still in his good suit and boots (?).
3. Very young, he was poisoned with Vick’s vapor rub. It was so bad the doctors told Mom & Dad to call the funeral home and plan his funeral. A local church came and prayed with them.
4. Another tubing trip he slipped thru the inner tube and was submerged. Dad pulled him out then too.
5. At age 3 (?) He was trapped upstairs when the kitchen caught on fire. Only because the Lord had Mom glance at the house in time to have Dad run in and pull him and Karla Flak out of the house.
6. He had an accident with a knife that could have killed him.
7. He had an accident in South Carolina with a trash truck. (not Jeffery’s fault). But his quick thinking slowed him down and only totaled his dodge pick-up. He was bruised. The trash truck leaked fuel, but the fire marshal driving behind him was able to shut it off.
8. So many dirt bike accidents I know about, and some I don’t know about. I know he landed in a tree at least once. He landed in a gulley at least once.
9. Jeffery had acute pain when he went to Garland,TX for work training. The walk in clinic told him to stop eating rich foods, he was fine. Jeffery finally drove himself to the ER Friday morning to discover he had to have emergency gall bladder surgery. The Dr said he stopped counting, but 100 was mentioned. The next day, he had to have emergency secondary surgery to remove some that migrated and blocked his bile ducts.
10. One last time, he had an accident with a semi and dodge charger, and God said, “Well done, good and faithful servant”.

(His lord said to him, ‘Well done, good and faithfulservant; you were faithful over a few things, I will make you ruler over many things. Enter into the joy of your lord.’  Matthew 25:21  New King James Version, Holy Bible)

I will miss you. I will see you again. My hope is this: because of your death, someone else will make a relationship with Christ so they may hear those same words.

(16 For God so loved the world that He gave His only begotten Son, that whoever believes in Him should not perish but have everlasting life.   John 3:16  New King James Version, Holy Bible) 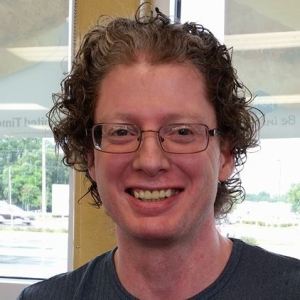 This is not goodbye, Jeffery, it’s only farewell, until we meet again.